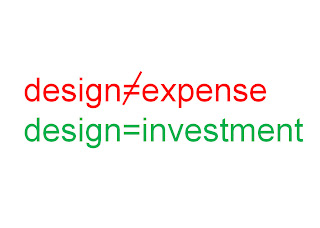 I’d like Design Confidential to head into the New Year without a resolution but with a wish. My hope for 2010 comes from an event in 2009. It occurred in April during the Green Living Show in Toronto and it left me disillusioned. I had begun to think that Canada’s manufacturing sector was starting to learn but I was wrong.

I had thought that the new “green” industries would be run by a new generation of progressive, forward thinking individuals that would recognize that implementing a design program will help their business prosper and clean the earth at the same time. Was I ever off the mark! While I certainly do not want to paint everyone with the same brush, I must say that most of the people I spoke with on that occasion did not have any interest whatsoever in improving their products through design.

The low point came when talking to a very young Toronto area company that produced green home cleaning products. They manufactured their own liquids and did their own packaging. I saw this as a good fit as I have done some very innovative package design for major international companies. However, their response to me was so negative and ignorant that it bordered on rudeness. They described design as an “unnecessary expense”. Even when I tried to explain that their competitors like Clorox invested large sums of money on design to give their products the most effective and functional packaging, they almost had me hustled off.

These are the same enterprises that complain that they can’t compete in the globalized economy, the same manufacturers that lobby governments to tax imports, the same companies you read about in the news that close because they can’t sell their wares anymore. These same individuals that have not learned from the economic downturn that well-designed, desirable products (especially lower commitment products like cleaning supplies) are more recession-proof than bad products.

So my wish for this New Year is that Canadian companies will see design for what it truly is, not an unnecessary expense but a necessary investment.
Posted by Davide Tonizzo at 11:10